Hitting the road at 0930 hrs, with Prineville, OR in our rearview mirror, we headed generally East.  Our traveling took us through Ochoco Pass, Keyes Creek Summit, Malheur Forest, Wallowa-Whitman National Forest, the town of Unity, the summit of El Dorado Pass, past several dry creek beds, the town of Ironside, Brogan Hill Summit, and finally warped into Idaho and Mountain Time around 1610 hrs. 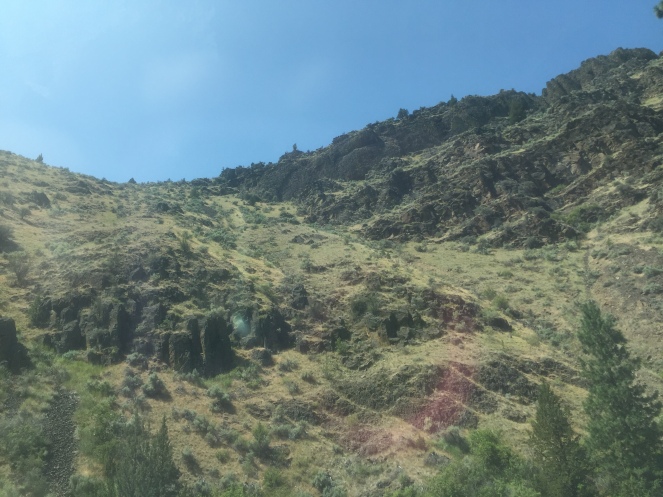 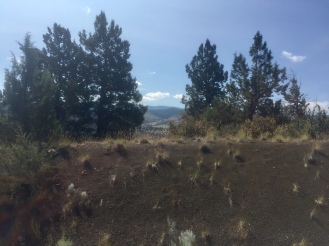 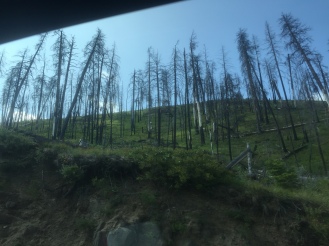 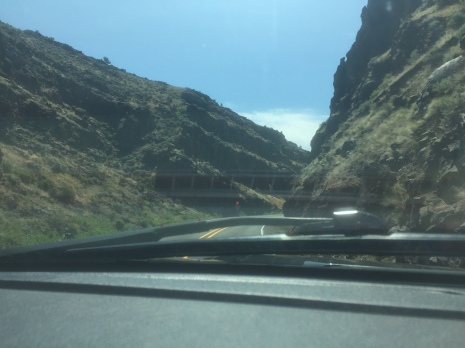 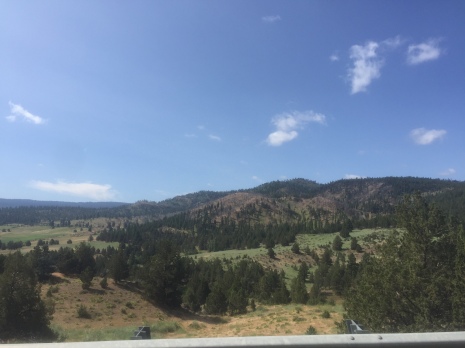 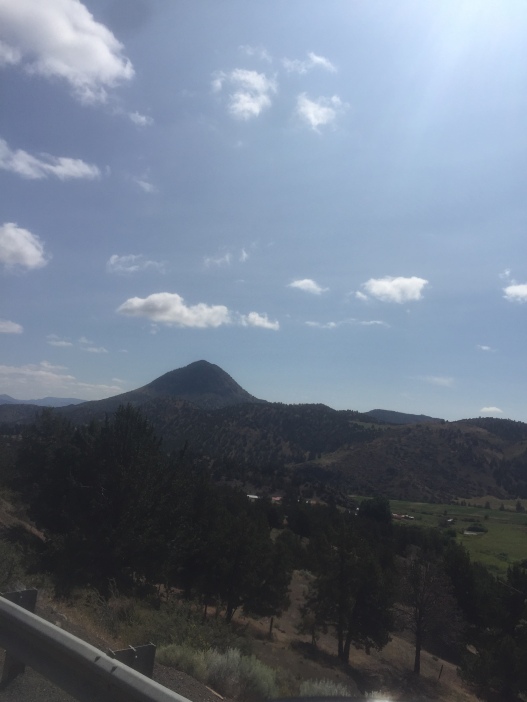 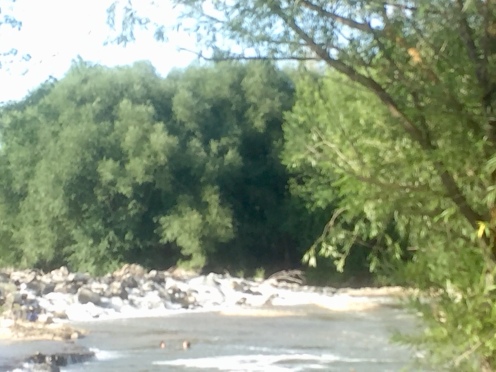 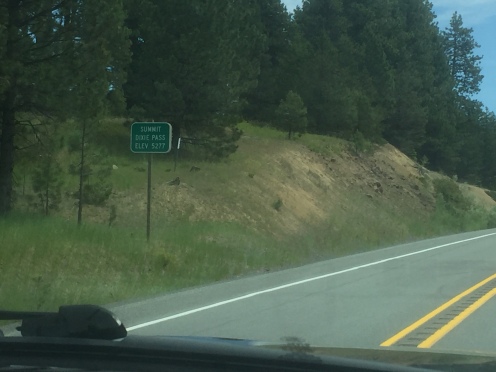 We saw sugar beets, corn onions, wheat, and turf grass growing in the fields, and tons of trains.  It was an okay travel day, as travel days go – but felt very long – 6 ½ hours and about 253 miles.  Lots of curvy, twisty roads made for some slow going.

We arrived in Caldwell, ID and found a campground.  What an experience it turned out to be.  Although the advertised being suitable for bigger units, they were not.  The campground appeared to be more of a trailer park – and a very dirty one at that.  Probably 95% were long-term residents, and a good many of those gave the appearance of being able to appear on an episode of Hoarders.  This was really disappointing, because the description included a fishing pond with no license needed, a 3-mile greenway walking/biking path, plus laundry, wifi, and clean facilities.  The fishing pond had a small access point for fishing – but required considerable bravery to get through the muck at that point.  The rest of the pond appeared okay.  The greenway walking path involved portions of road with no walking shoulder, and a path that went under 3 very dirty, smelly overpasses that appeared questionable to say the least.  Like – definitely don’t run/walk alone on that path!  Internet was tentative and solely provided by our own access points – hence this not being posted last night.

And then, there is the shower/restroom facility….I opted to use their shower so that Bill start packing up the water and sewer to leave.  Cleanliness was not present, nor was a much needed air freshener.  Then, I made the unforgiveable mistake of using “Jason’s” shower.  Jason must have been about 3, and came with his Mom to the shower house while I was in there.  Jason had no concept of boundaries and crawled under the shower stall door while I was in the shower!  Fortunately, Mom was able to grab a body part and extract him.  Unfortunately, he cried loudly and complained throughout his shower.

Fortunately, I went for a quick run this morning before the shower, and was pretty mellow.  After the shower – I was pretty grateful that we were leaving that place!  Honestly, the whole campground just had a bad vibe about it.  This was our second less-than-pleasant in Idaho – it’s quickly rising to the top of the “States Never to Visit Again List”!