Short travel day from Columbus, Montana to Garryowen, Montana.  We were on the road around 1045 hrs., and off the road and set up by 1300 hrs.  We pretty much traveled I90, and as it true for most Interstate Highways, not a lot to see.  We did drive pass several large oil refineries, and lots and lots of green rolling hills.

Our reason for staying in Garryowen was to visit Little Bighorn Battlefield.  We spent much of the kids’ childhood in Monroe, MI, and Custer was a big deal in that little town.  We even lived right down the street from Neville Custer’s original homestead. 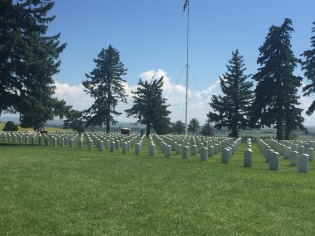 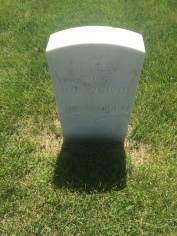 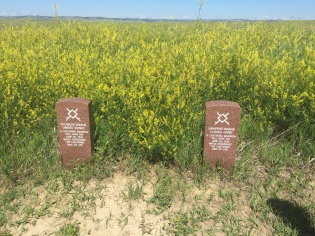 The first thing that captures your attention is the National Cemetery – very large and very solemn.  Some of the headstones were heartbreaking – “Unknown Soldier”, “2 Unknown Soldiers”, “Indian Scout”, and “Unknown Infant”.  We stopped at the Visitor’s Center for maps and more information, then ventured out into the heat (90+ degrees, no wind, no clouds).  There is a short walking path from the Visitor’s Center that takes you to the Memorial, and a 4-5 mile self-guided driving tour that includes the Reno-Benteen Memorial. 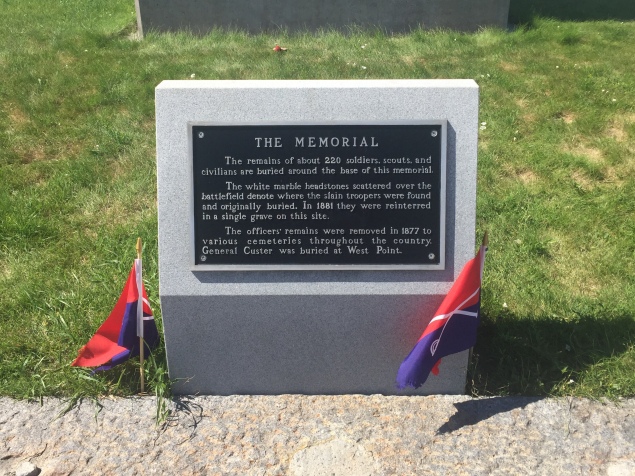 There is so much history there.  Have you been?  It is a beautiful landscape – green rolling hills, ravines, and the river.  Not many trees – not a lot of cover or shade.  There is a strip of private property between the two sites, and they have beautiful horses that roam freely. 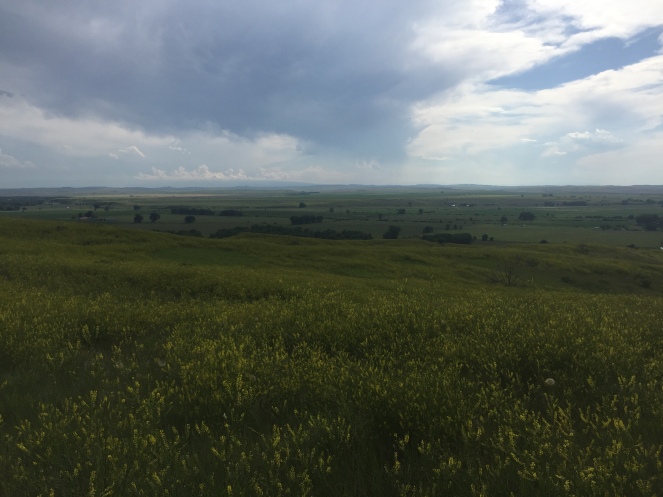 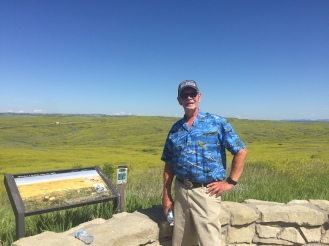 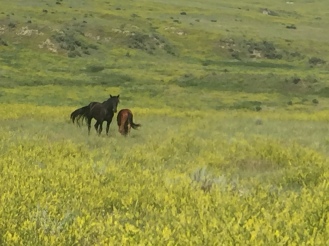 As we stood looking out at where white markers had been placed (indicating the spot where a soldier had fallen), it was hard to imagine it being the site of such a bloody battle.  Some of the Indian Warriors sites were marked with red granite markers.  As I just mentioned – it is really hard to imagine the horrors that occurred that June 25. 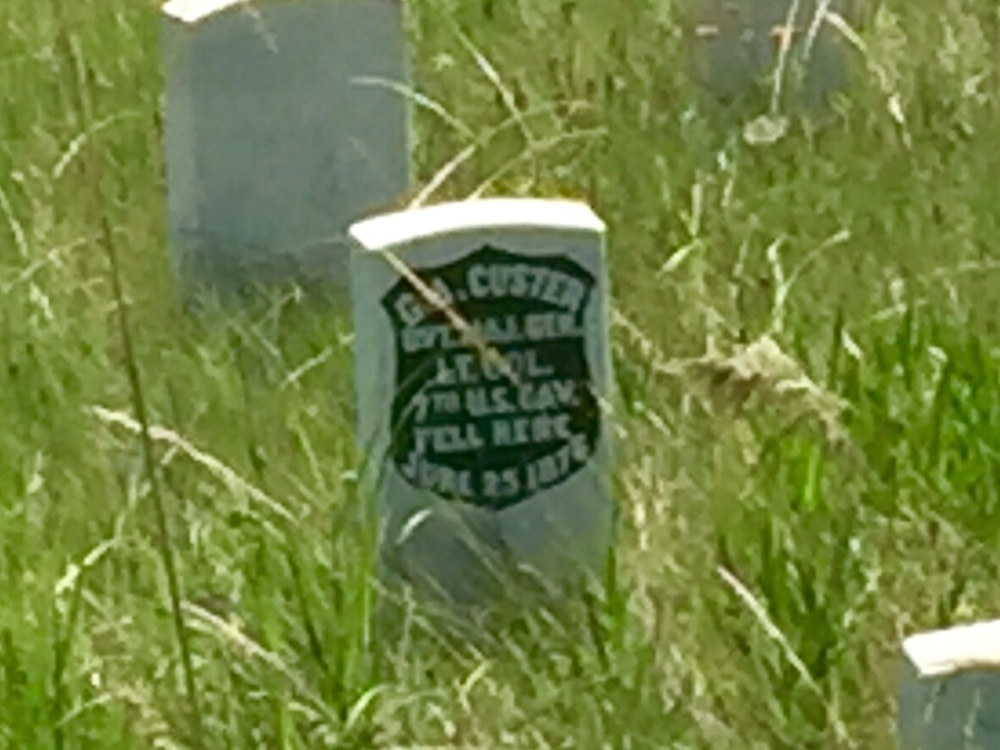 We watched some really impressive storms in the evening that skirted our campground – leaving us with a smattering of rain and a clap or two of thunder.  I snuck in a short run – a mistake – that I paid for later in the evening.

All in all, a very good day – but one that leaves me pondering that battle, and wondering why? 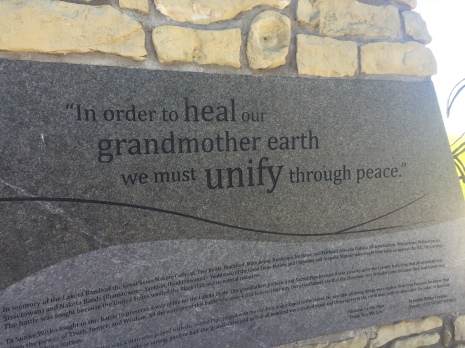 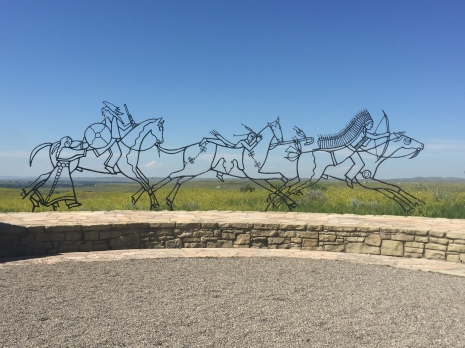