Easing gently into the day after breakfast at the campground, we worked our way back to I90 headed for exit 67B – our destination was the South Dakota Air and Space Museum.  We each decided the other was worth the sacrifice of stopping at yet another aviation museum.

What a delight the museum was!  The aircraft were on static display outside, and in excellent condition.  One of the docents came out to greet us and encouraged us to get close to the aircraft – even touch them if we wanted to.  We thoroughly enjoyed the “Bone”, the “Buff”, the “Thud”, the “Hun”, the “VooDoo”, and the “Aardvark”, plus several others.  Inside the museum, we learned more about the Cold War and the Minuteman Missile defense system. 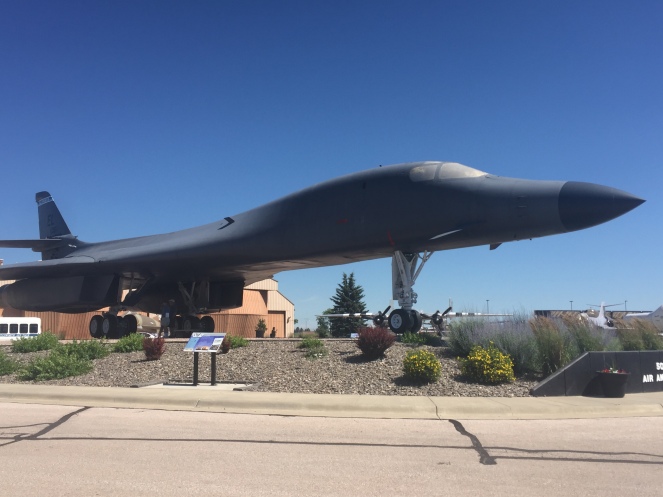 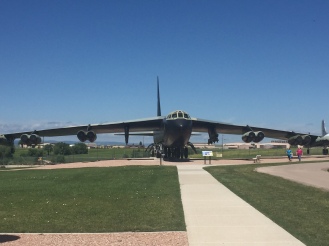 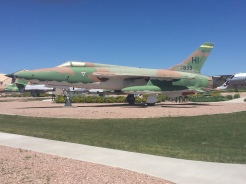 Getting back on the road, we continued east on I90 and taking 1 exit too early, we ended up at Wall Drug.  Bill snagged his free donut, we did some quick window shopping, and backtracked to I90 and the correct exit.  Then it was off I90 and on to US14.

One of the first towns we went through was Quinn – with a population of 44.  Then we encountered Cottonwood with a population of 9!  Meandering along US14, the rolling green hills and farmland seemed to go on forever.  Fort Pierre was elected to be our destination for the day – our campground has an absolutely lovely view of the Missouri River, Fort Pierre, and Pierre.  South Dakota is a beautiful state!